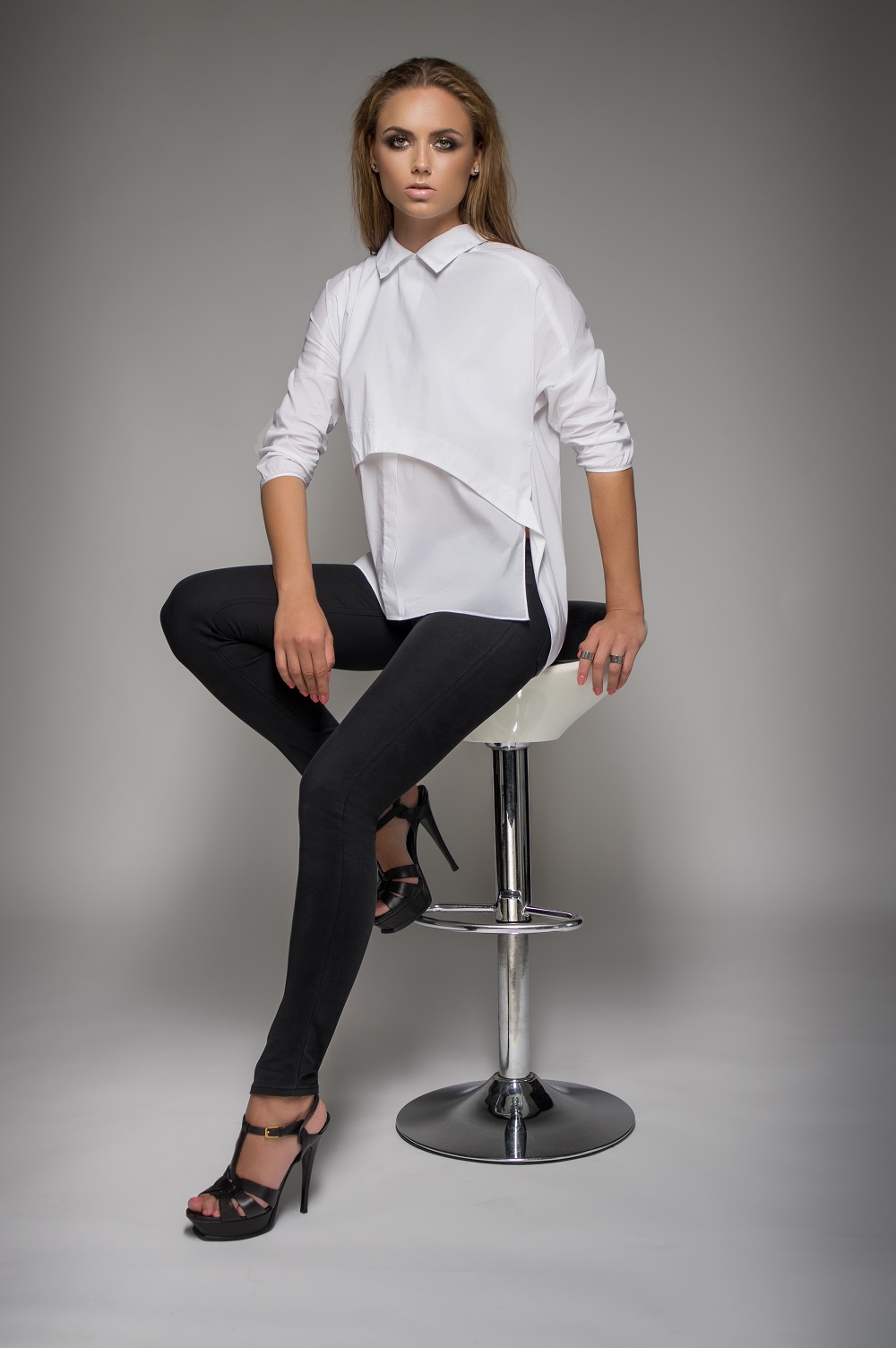 With the end of the 20th century came the end of all hype which has created a more practical and pragmatic environment and has given a more stable picture of the fashion business.
In the 50s, 60s and 70s, the Indian fashion scenario wasn’t exactly colorless. It was exciting, stylish and very graceful. There were no designers, models, star or fashion design labels that the country could show off. The value of a garment was judged by its style and fabric and not by who made it.

It was regarded as ever so chic and fashionable to approach any unfamiliar tailor, who could make a garment for a few rupees, providing the perfect fit, finish and style. The high society lady, who wore it, was proud for getting a good bargain and for giving her name to the end result.

In 60s, tight ‘kurtas’, ‘churidars’ and high coiffures were a trend among ladies. It was an era full of naughtiness and celebration in arts and music and cinema, manifested by liberation from restriction and acceptance of new types of materials such as plastic film and coated polyester fabric.

The 70s witnessed an increase in the export of traditional materials outside the country as well as within. Hence, international fashion arrived in India much before the MTV culture with the bold colors, flower prints and bell-bottoms. Synthetics turned trendy and the disco culture affected the fashion scenario.

It was in the early 80s when the first fashion store ‘Ravissant’ opened in Mumbai. At that time garments were retailed for a four-figure price tag. The ’80s was the era of self consciousness and American designers like Calvin Klein became popular. In India too, silhouettes became more masculine and the ‘salwar kameez’ was designed with shoulder pads.

With the evolution of designer stores in Mumbai, the elegant fashion design culture was a trend among Indians along with their heavy price tags. No doubt that a garment with a heavy price tag was at the bottom stage of fashion. But clients immediately transformed into the high fashion fold where they were convinced that that the word ‘elegant fashion design culture’ means, it had to have a higher price tag.

Garments were sold at unbelievable prices only because the designers had decided to get themselves noticed by making showy outfits and getting associated with the right shows, celebrities and events.

Later, fashion shows shifted to competitive events each attempting to out-do the other in theme, guest list and media coverage. For any newcomer, the fashion business was the number one professional art that time.

In the 90’s, the last decade of the millennium, a move towards the drastic pairing down returned with ethnic wears (Today, ethnic wear market in India is accounted to Rs. 9000 crore). This led to the decline and the recession, the push to sell at any cost and keep staying in the limelight. With heavy cut throat competition and sound awareness of the client, the inevitable occurred. The price tags, which had once reached at a peak, began their downside journey.

At those times the downturn was not only being experienced in the price tags of the garments, but also in the business of fashion shows. More models, choreographers, make-up men, hairstylists and designers streamed down into their business.

The fun and party time in the Indian fashion scenario had not ended with this, but continued. It was a point, where it reached at a certain steady level and from there, in the beginning of the 21st centaury, with new designers and models and some sensible designing; the fashion hype accelerated its speed.

For the global fashion industry, India is a very big exporter of fabrics and accessories. All over the world, Indian ethnic designs and materials are considered as a significant facet for the fashion houses and garment manufacturers. In fabrics, while sourcing for fashion wear, India also plays a vital role as one of the biggest players in the international fashion arena.
India’s strengths not only depend on its tradition, but also on its raw materials. World over, India is the third largest producer of cotton, the second largest producer of silk and the fifth largest producer of man-made fibres.

In the international market, the Indian garment and fabric industries have many fundamental aspects that are compliant, in terms of cost effectiveness to produce, raw material, quick adjustment for selling, and a wide ranges of preference in the designs in the garments like with sequin, beadwork, aari or chikkon embroidery etc, as well as cheaper skilled work force. India provides these fashion garments to the international fashion houses at competitive prices with shorter lead time and an effective monopoly in designs which covers elaborated hand embroidery – accepted world over.

India has always been considered as a default source in the embroidered garment segment, but the changes of rupee against dollar has further decreased the prices, thereby attracting buyers. So the international fashion houses walk away with customized stuff, and in the end crafted works are sold at very cheap rates.

As far as the market of fabrics is concerned, the ranges available in India can attract as well as confuse the buyer. A basic judgmental expectation in the choosing of fabrics is the present trend in the international market. Much of the production tasks take place in parts of the small town of Chapa in the Eastern state of Bihar, a name one would have never even heard of. Here fabric making is a family industry, the ranges and quality of raw silks churned out here belie the crude production methods and equipment used- tussars, matka silks, phaswas, you name it and they can design it. Surat in Gujarat, is the supplier of an amazing set of jacquards, moss crepes and georgette sheers – all fabrics utilized to make dazzling silhouettes demanded world over. Another Indian fabric design that has been specially designed for the fashion history is the “Madras check” originally utilized for the universal “Lungi” a simple lower body wrap worn in Southern India, this product has now traversed its way on to bandannas, blouses, home furnishings and almost any thing one can think of.

Recently many designers have started using traditional Indian fabrics, designs and cuts to enhance their fashion collections. Ethnic Indian designs with batik cravat, tie-and-dye or vegetable block print is ‘in’ not just in India but all across the world.

In India, folk embroidery is always associated with women. It is a way of their self expression, and they make designs that depict their native culture, their religion and their desires. Women embroider clothes for their personal use, and the people linked with the pastoral profession prepare embroidered animal decorations, decorative covers for horns and foreheads and the Rabaris of Kutch in Gujarat do some of the finest embroidery. Embroidered pieces are made during the festivals and marriages, which are appliqué work called ‘Dharaniya’. One of the significant styles of Saurashtra is ‘Heer’ embroidery, which has bold geometric designs, woven on silks. The Mutwa women of the Banni area of Kutch have a fascinating embroidery where they make fine embroidery works with designed motifs and mirrors in the size of pinheads, the Gracia jats use geometric designs on the yoke of long dresses. Moreover, the finest of quilts with appliqué work are also made in Kutch.

Garments embellishment with bead work is another area where it in demand in the international market. Beads are used to prepare garlands and other accessory items like belts and bags and these patterns now available for haute couture evening wear too.
According to a survey, in recent times Indian women have given up their traditional sari for western wears like t-shirts and shorts, as they feel more comfortable in skirts and trousers instead of saris and salwar kameez. It’s been noted that women spend just $165 million on trousers and skirts against 1.74 billion dollars spent by men on trousers. With more women coming out to work, the (combined) branded trouser and skirts market has been increasing at a whopping 27 per cent in sales terms. Women feel that Western clothing is more suitable, particularly when working or using public transportation. Many corporate offices are also in favor of their employees wearing Western wear.

In India, Western inspiration is increasing due to the influence of TV and films. Besides, shopping malls selling branded clothes have also mushroomed in India and are fascinating the youngsters. Recently, designer wear is being promoted through store chains such as Shopper’s Stop, Pantaloons, Westside, etc. Companies such as Raymond and TCNS have also set up their exclusive stores for designer wear such as Be: and W.

When choosing the ideal gold chain for men?

Where to buy the best Printed T-shirts?

Enjoy the pleasures of surfing on your romantic getaway

The Next Generation Space Telescope

Your Guide to Buying Used Cars